One may find various blog lists of iPhone apps which are supposed to be useful for traveling, but many aren’t condensed, detailed lists and are most often focused on one type of journey. That certainly doesn’t fit my profile. So, I decided to make my own list this week, with a new article every day. Let’s start with DB Navigator.

DB Navigator is an application for the Deutsche Bahn, the German station that allows you to see train schedules for all trains in Europe and even a little beyond.

With this application, you’ll find the best way to make a trip from, say, Madrid to Moscow (in 9 trains over the course of 42 hours and 33 minutes). Such a request using Voyages-SNCF (the French railway system), a nice little message will pop onto your screen saying “Your request cannot be completed.” Funnily enough, there are even SNCF train schedules missing from the SNCF site which can be found using DB! o_O

In short, the value of the application lies in its ability to know the schedules of all the trains in the countries of your choice and especially has no trouble displaying routes which cross borders.
DB’s interface is in English, which is unusual for national railway sites, as they’re normally scripted in their local language.

The application has full range of capabilities. Judge for yourself:

It lacks a feature which would allow saved routes to be displayed without an internet connection.
Instead, it simply presents the summary in the calendar, which is enough to buy a ticket at the counter without speaking the language.

In short, you guessed it, this app is a must-have for me! 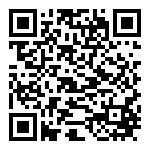 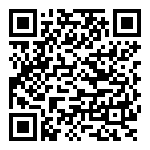 Click here to cancel reply.
What to do with foreign currency ?
Really Useful Travel Apps for iPhone: CouchSurfing