Ubisphere, or, how video games are made by Ubisoft

While at the pre-launch event of Paris Games Week (wooooo!), I had the opportunity to talk with the fine people from Ubisoft’s HR Department about my hopes to visit their Montreal office. No dice.

However, I also got to talk with them about their new baby Ubisphere.

Ubisphere, or, how video games are made by Ubisoft

When creating a website or an iPad application, Ubisoft doesn’t half-ass their work. Ubisphere is a perfect example of that devotion!

They’ve created a universe and characters to highlight the video games they are producing in order to allow consumers to interact with the producers. In short, everyone’s accessible; from the developer to the graphic designer to the head of intellectual property or sales analysis.

I would like to note that this article is not sponsored, but is written simply because I was surprised and impressed by the world created in isometric 3D, which is also reminiscent of the avatar created for me by my brother.

All that said, it’s regrettable that the interface is flash and not HTML5, but it seems that geeks are picky people. 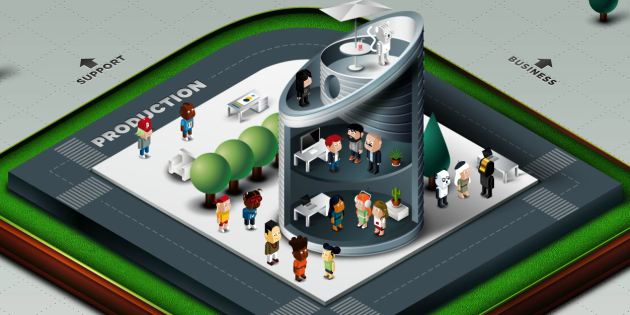